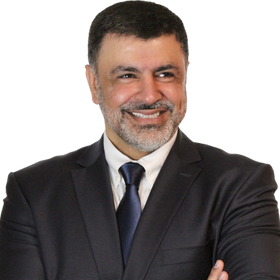 Over the last 40 years, Ayoub has called Georgia home. It is a very special place to him and where he's made many lasting relationships both professionally and personally. Ever since Ayoub can remember, he has had a passion for real estate - so much so, that he made the bold decision to transition from a scientific field at the Institute of Paper Science and Technology to a full-time Realtor in 2001. His idea was game-changing but straightforward; Ayoub would apply data analytics to make informed decisions rather than relying on old-fashioned selling techniques driven by emotion. This strategy enabled him to find homes that fulfilled his customer's dreams and realized positive equity from day one and helped him become a member of the prestigious Million Dollar Club within his first year as a Realtor. In 2005, Ayoub put his passion for real estate on hold to answer a higher calling and give back to the country that gave him so much. In 2005, Ayoub went to Afghanistan to support the US Military in various roles and capacities. Over the last 16 years, Ayoub has had the distinct pleasure to work side by side with many brave men and women from the 101st Airborne Division, 10th Mountain Division, various SOF/SF, and other governmental organizations. In the last year, Ayoub has reignited his passion for real estate. Like before, he's seeking to exceed his customer's expectations while enabling them to obtain the home of their dreams—even in this unprecedented market! Ayoub can serve a wide array of customers in Metro Atlanta and the surrounding areas through his ability to speak multiple languages, including English, Farsi, Dari, Pashto, and Hindi.

VIEW ALL AGENTS
SEARCH FOR HOMES
SELL WITH US